Hi, I’m Don Johnson — Inventor of the banana lighter.
If banana lighter has a mission statement, folks,
it’s that we keep it real. An endless processes —
because we feel it’s perpetual motivation.

I invented banana lighter, one summer night when I was 63.
Today I am 66 years old. That’s 3 candles so far earned
atop the old banana lighter birthday cake.
But you know what —

I’m not gonna stand here today and use this air time
to blow down a mountain — Nope. Mm-Mm. Not gonna do that.
Nor will I claim the banana lighter is a miracle product. — It’s not.
I’m not gonna exaggerate the profundities of banana lighters.
I won’t dramatize the hardships one faces in a life without one.

But I’ll tell you what I will do… [Don pulls out his banana lighter]
See this here — This banana lighter is a chequita 350.
That’s our flagship model, folks — the original model, the one that started it all.
This is the same model that all the folks are now talking about —
the same one that we probably all heard about through hip, young people —
driving past them in the village square on Friday nights,
dressed in American eagle, snapping selfies of each other.
This chequita 350. The original banana lighter.
[camera switches to an audience reaction, a man nodding.]
[then switches back to Don] 10 dollars plus shipping and handling.

Folks, listen — I’m not gonna use this air time under a mindset
that this a one and done, fad type of operation —
Because this franchise, people — [crowd erupts in cheer. Don encourages them, lifting his arms, gesturing them to a stand] you heard me, people, [licks his lips] this franchise is just getting warmed up!

The Man In the vanilla Ice Cream Suit.

A man enters a bodega, heads to the refrigerators for a cold drink.
A narcoleptic boy, is standing in a daze, blocking his access.
“The saddest thing in rife,” the man says, “is a door without a knob.”
The boy turns. And in his sight, he is instantly elated. “Woahhhhh,” the boy spews.
“Thas’ right,” the man says, “I am — the man in the vanee a eyes cream suit.”

This spring.
“Don’t you, go sleeping now — not on my — vanee a eyes cream suit.”
Don Johnson.
“You’re telling me that half my men are down there engaging a search, and they can’t find one man in a vanilla ice cream suit?”
A film by Jonathan Franzen.
“This is gonna be — a grate thyme.”

Because, when you’re used to the good life,
“Something about that man in his–”
“Vanee a eyes cream suit,”
The love might come easy — but the opposition,
“Somebody stop that man in his damn vanilla suit!”
Will have to wait in line.

“Two cones please. Vanee a.”
“There he is! Get him!”
“–On second thought, uh — keep the change!”
The Man in The Vanilla Ice Cream Suit. 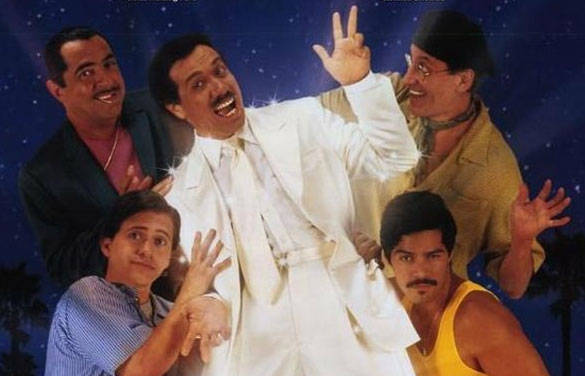 I got more beefs than a butcher shop.
You’re a boca burger, five years in its box —
A mainstay of my freezer, and a proof that change
ushers only to satisfy, always the same.

The glittering generality is the people’s elbow,
statistically less culpable than the bruisable heel.
Delivering pain in the name of altruism,
speaking in first person on behalf of the world,
you’re the Lorax of humans, defining the we.

A scapegoat is only as dead as he knows,
mystery meat in a famine is always homegrown,.
Hindsight to force wonder, as true colors fade
portending the flesh that monochromates
in the eyes of diggers, and a surface unscathed,
rules time after time, again and again.

You’re chili, or sloppy joes in a cafeteria. —
Either way I’m too cautious to endure diarrhea.
You’re an ice cream man and yet, not a stoner,
one reason for children not to get closer.

Your spirit animal is a block of cheese.
Your tipping point will quell disease,
and render your taste, irresistible.
Even the wicked have prospects to pray for.
Even evil can achieve a reversal.