This is a ranking of the top greatest films by fuck count—that is the top greatest films on the basis of the frequency of their use of the word “fuck.” Profanity in cinema remains most controversial despite it having increased significantly over the course of cinema’s existence. On the one hand, concerns made by some centering on the best interests of society, specifically the best interests of children who do indeed have the most which to be gained from or lost by watching film, controversies over profanity are in some cases valid. Even so, the essence of profanity in film is oftentimes congruent with actual aspects of real life, and demands made by some for its restriction or banning, is not only an attack against artistic freedom, it’s an attempting control over our own realities. All the same, here are the top greatest films by fuck count.

Not so surprisingly, Steve Anderson’s 2005 documentary film Fuck was made in a lot to do with use of the word “fuck”. His film argues in support of the word, claiming it as a cornerstone issue of freedom of speech in modern society, and aims at protecting the word from censorship. Anderson analyzes fuck from a critical-theory-esque perspective, highlighting with interviews of prominent figures of the arts, law, linguistics and academics, journalism, literature, music, comedy, and society in general. Fuck received mixed reviews from critics, with some praising it highly and others not so much. Considering the film’s choice of focus, a few negative responses were of course unavoidable. However, a few pretty important opinions had rendered in Anderson’s favor. Law professor and author Christopher M. Fairman, as for one example, described Anderson’s Fuck in his own book Fuck: Word Taboo and Protecting Our First Amendment Liberties as “the most important film [to use the word].” Regardless of whether you like it, fuck seems to be omnipresent in society. The American Film Institute perhaps puts it best, saying of Anderson’s documentary that, “Love it or hate it, fuck is here to stay.”

The Wolf of Wall Street 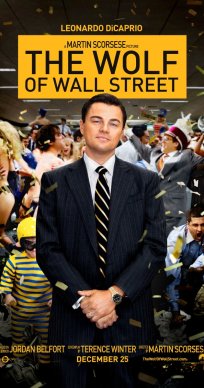 Martin Scorsese is a huge fan of the word fuck it seems. His most recent creation, The Wolf of Wall Street is the all-time highest ranking mainstream non-documentary film by fuck count, and other of his films rank high up close to that very honor as well. Scorsese really does love dropping F-bombs. He’s also a tremendously talented filmmaker, perhaps one of the greatest of our time say many. In my personal opinion, among what makes Scorsese so great is his ability to bring adaptations tastefully. The Wolf of Wall Street is just but one example to help prove that. The film packs in enough cursewords to make even a sailor take notice. But the story truly would have flowed much differently had it been presented otherwise. Sometimes cursewords can seem out of place and in some cases, artists of all medias use them in ways that just comes off trite, pointless, lame. The Wolf of Wall Street however, is no such example and that credit is due not just to Scorsese but to some excellent writers, actors, and countless others as well.

Spike Lee’s Summer of Sam is a chilling crime thriller and one of my favorite films by Lee to date. Based around true accounts of the Son of Sam serial murders during the 1970’s, Summer of Sam is a stark reminder of a frightening time in recent history when one of the world’s most largest cities had lived in terror at the hands of The Son of Sam, aka The .44 Caliber Killer, Mr. David Berkowitz of Brooklyn, New York. Considering what uber-grim contexts the film evokes, for anyone to be critical over its use of the word fuck may not be a show of poor taste on their own part but it might be a sign of poor judgement. The simply irreprehensible acts committed by David Berkowitz should be likely the only offensive issues someone finds with watching Summer of Sam. 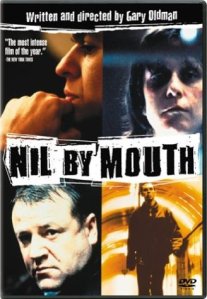 Leonardo DiCaprio is oftentimes the focus of Internet memes these days, as there are many out there who feel the actor has been snubbed at the Academy Awards for far too long. While I personally do agree Leo is a great actor and would not be opposed should he ever win himself an Oscar, I do believe there’s an actor out there in similar shoes less noticed and with a body of work to which Leo just can’t compete. That actor is Gary Oldman. Not only is Gary Oldman a tremendous actor, oftentimes mentioned by critics as an all-time great, Mr. Oldman is also a decent screenwriter and proven director. His debut film as both writer and director is Nil by Mouth, which was raved by critics winning two BAFTA Awards and eight awards in total, and ranks on this list as the fourth greatest film by fuck count, ever. Congratulations, Mr. Gary Oldman.

Ranking in at number five is Mr. Martin Scorsese yet once again. According to myself as well as many others, the gangster genre is Scorsese’s bread and butter. Goodfellas is without a doubt my favorite film by Scorsese and would have made on this list if I cared writing about six more other movies to get there, but unfortunately I don’t. Goodfellas features three-hundred fucks, though, in case you cared knowing. But back to Casino. Gangsters of course should probably curse at least some of the time, right? Well, the gangsters in Casino drop four-hundred-twenty-two F-bombs. That’s a lot of F-bombs. But what do you expect them to say? Come on now. Scorsese does things right once again.