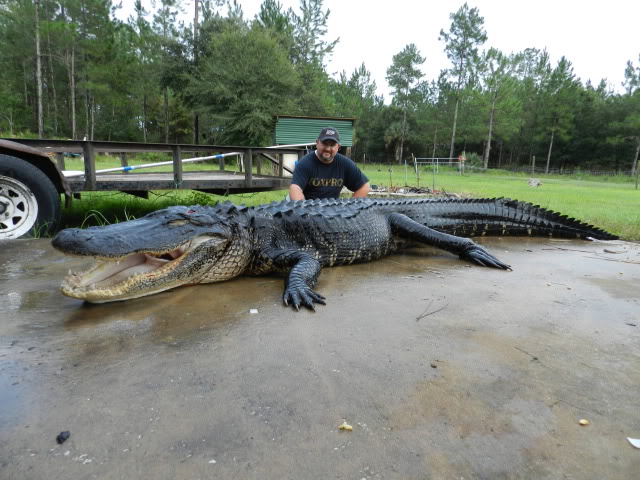 Having acknowledged this, though, I’ll now say that, in my personal opinion all alligators beyond twelve feet in length should be protected from hunting, provided that such alligators have not killed or attacked any human being. That, is my opinion, although unfortunately I do lack the authority to make that opinion matter. But even had I the authority, the reality is, that this is a personally approved idealism which not many might care to consider.

The reason I feel so strongly of this, is that, in order for an alligator to reach a length of twelve feet, it will have had to evade considerable natural strife — most namely hunting, predation and environmental factors. It is as about as great as any achievement, an alligator may attain (at least to my non-alligator’s point of view.)

At twelve feet in length, living within the natural range of its environment, the American alligator becomes virtually invincible; even animals that are as large and as powerful as the American black bear, which does share parts of the alligator’s natural range, will not be a threat to the alligator’s livelihood (despite Animal Face-off); the same would be said both of panthers and Burmese pythons, as well — a twelve foot gator is simply far too much for either animal to overcome.

Alligators, as other reptiles do grow until they die; twelve feet is not the maximum size of the American Alligator. Allegedly, near the turn of 19th century, a nineteen foot alligator was shot and killed in Louisiana; proven records of the maximum size of an alligator however points to either fifteen, or seventeen feet in length. Regardless, alligators considered large today are smaller than alligators reported in the past; hunting is probably the reason, at least in my opinion.

It is worth noting that, female alligators may never attain a size of twelve feet. Only males, and not all males, do ever attain those kinds of sizes. Worth noting as well, is that, of all these semantic appeals and justifications I’d spilled out above, none of it is considerate of the environment or what the environment needs; it is solely a product of my personal concern. Alligators over twelve feet in length have earned a right to not be slain by man, says Luke Meyer. 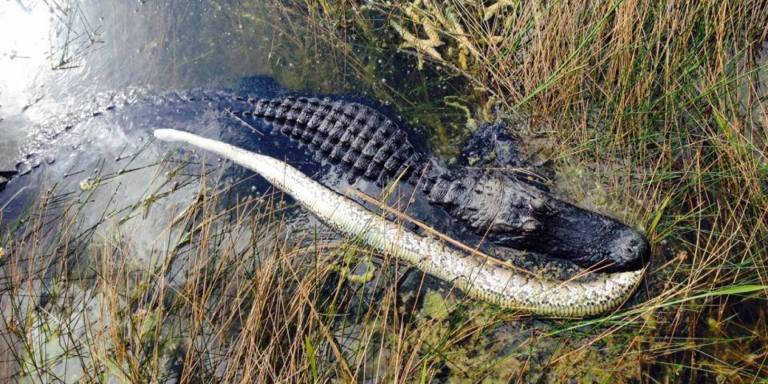 One thought on “Humans Hunting Alligators”