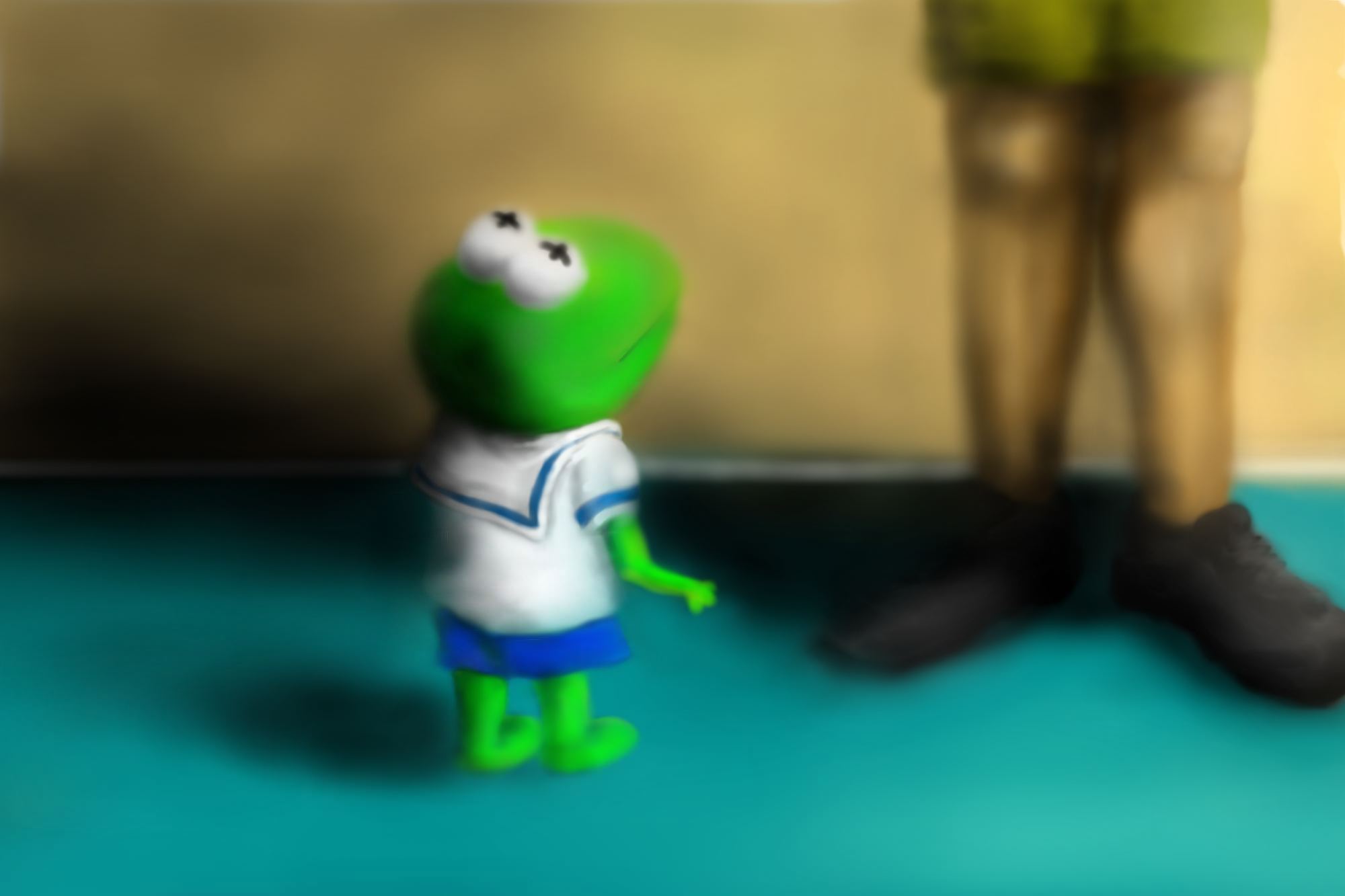 So says the legend.
But is it true?

This is like a voodoo doll-
But for benevolent ends.
Making dreams come true.
Practitioners attest.

But if a muppet baby is treated poorly-
as in, incontrovertibly-
Will it still go through the trouble
Of making your dreams come true?

But if the answer is no,
Muppet babies might be more like gremlins
In this respect, as neither is inanimate-
Unlike Buddha statues, unlike voodoo dolls-
Although the realities of both are fictional.

Perhaps a muppet baby makes dreams come true
Without incentives, without reciprocation-
Perhaps on occasion, a muppet baby does this.

In the presence of the homeless, for example-
Muppet babies could be struck with sympathy.
Sensibly, this scenario is a possibility.
Muppet babies are, after all, famous
For their empathy and compassion for humans.

One has to wonder though, of just how taut
Muppet baby heart strings would be pulled
In the presence of the less fortunate-
Would the sight in their passing be enough
For the muppet babies to be compelled
To make the stranger’s dreams come true?

It might be hard work — Making dreams come true.
It might be draining on a muppet baby both physically
And emotionally, doing this, especially if doing this regularly;
Perhaps the cost per head is greater than even a few dollars-
What generous humans might give to any panhandler-
In relative terms, the cost might exceed a person’s yearly pay.

Dream animation sounds like god’s work.
For all their mysticism, muppet babies are humble, little beings.
Surely it must be hard on their little bodies
To summon such power and to do it for selfless ends.
Not to mention the fact, these are babies.

Muppet babies should not be considered the exception-
And yet they are.
With the great expectations we have put on them,
Muppet babies might as well be thumbless
If they are not thumbless already.

Define selfishness-
For the sake of advocates, should they demand this.
Then, maybe an interest in others suffices as selfless;
Maybe when muppet babies look at us-
And even when they look at each other-
The advocates say:
“Muppet babies are already being selfless
And this is just the tip of the iceberg.”

And to them I say “Who knows.”

Only one of these we know is fictional.
And it’s the one that is obvious.
The other one is debatable.

People, not all, but many, believe in demons.
Demons make your life a nightmare,
Says the movies; suggests the bible.

I believe in muppet babies. I do.
I want to adopt a muppet baby. One day. I will.
I want my muppet baby to grow up and be
The Dave Thomas of muppets.

I want him to carry the torch-
The one I burn as I speak before you.
I want him to be the trailblazer
I could never dream to be.

This would,
Intuition tells me,
Be grown from a baby Swedish chef;

I’m gonna raise him right-
Teach him ways of the old guard.

The dreams of many.