I sometimes flick off God
just to prove I can.
As if to serve as a testament
to what safely can be done,
I flick him off.
I envision him in the sky,
and thanks to Disney,
particularly the movie Hercules,
a film that has imprinted itself
and its characters in my psyche,
I picture a giant jolly man,
like how Zeus was portrayed
in the animated film
as a spirit of etheric matter that arose
from a stone statue,
that is what I see,
although I’m pretty sure
that God is really a robot however
in real life
and he bears no semblance
of a human being.

God is a robot:
I’m pretty sure that’s what it is.
Anyway, I flick him off.
And before my imagination
depicts his dissatisfaction,
I mentally shift to something else
because I can’t bear to see it.
Despite this, I do it anyway.
I flick him off from time to time.
It occurs to me that atheists
fearlessly ask God to smite them.
I’ve witnessed this a number of times.
Such as when I’m debating them,
it might happen that one may
ask openly for God to smite him or her
to prove some point to me
when of course it doesn’t happen.
I roll my eyes of course
because earth is the one and only
place for one to live without God,
so if follows in my opinion that
God doesn’t care if one wants him
to smite him or her, which he will not.
I once asked God to smite me, however.
I wasn’t scared to do it but I
couldn’t help but feel foolish after.
Like I said, I sometimes flick off God.
But I do so virtually for no reason.
To prove that I can is hardly a reason.
I think it’s a fear thing:
the reason why I do it.
Atheists will flick off God, too,
but they do so for an agenda.
I’m more hardcore than them;
I believe he’s real. 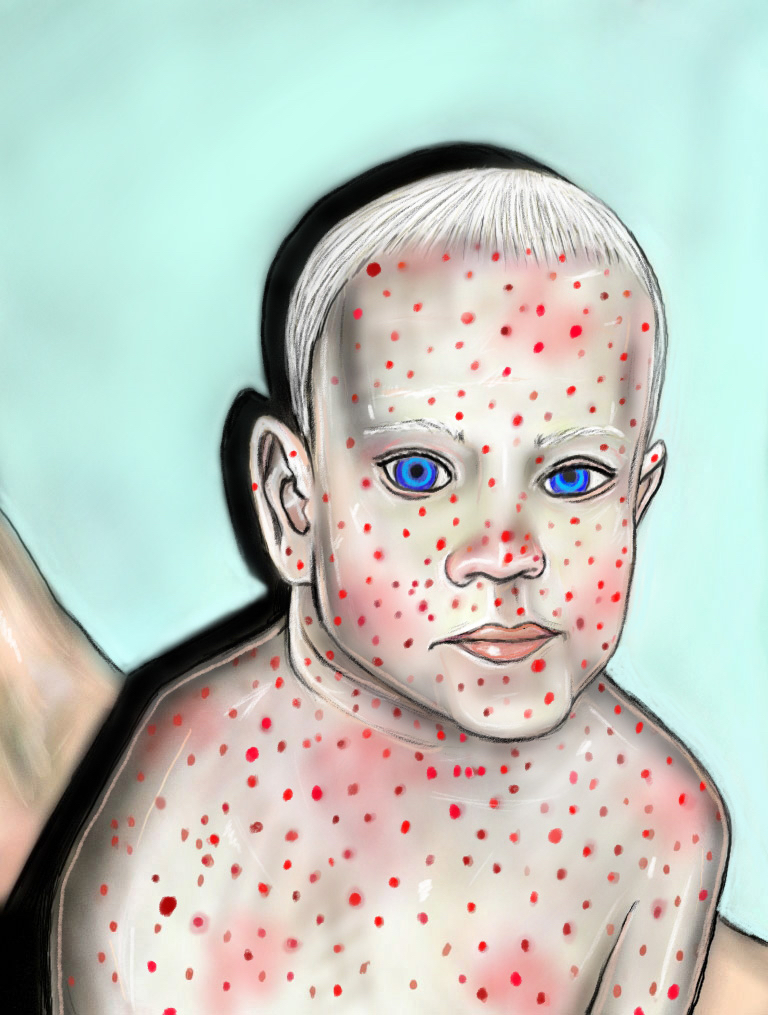 This artwork is a digital painting that was rendered both in Photoshop and Corel Painter in different stages. It is entitled: The onset of chickenpox! It was created by Luke Meyer. Please contact him via email at Lcsmeyer@gmail.com if you have any inquiries about how to obtain an original print on canvas.