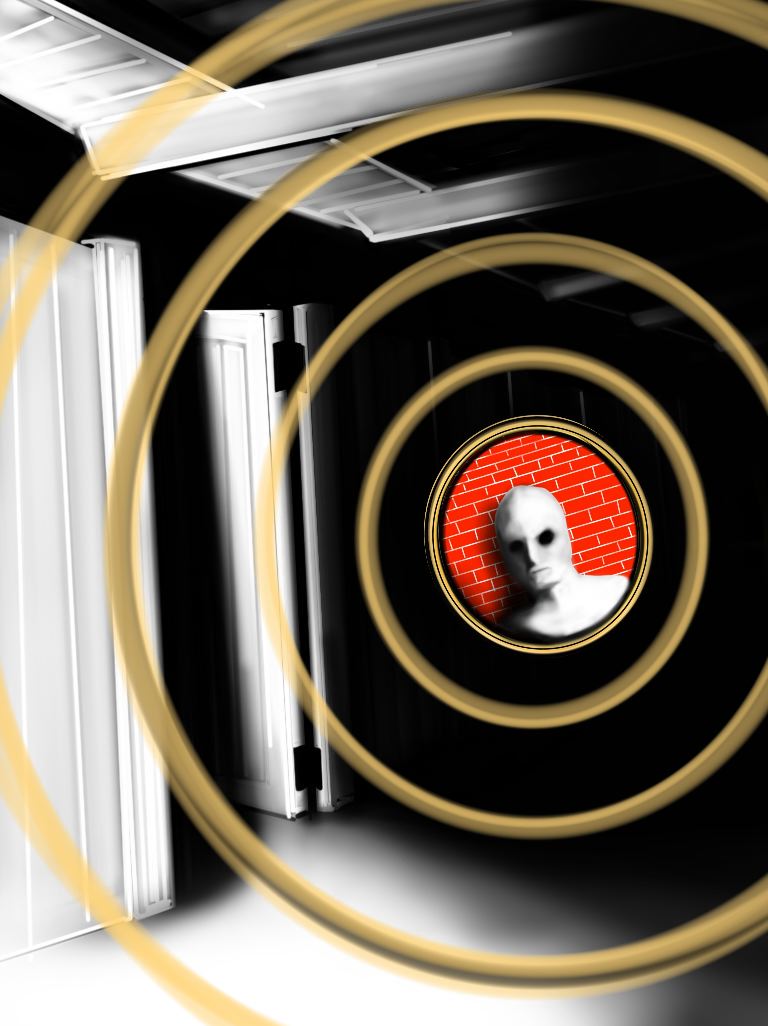 Demons are angels of a certain distinction. All demons are angels, but only some angels are demons. Whereas angels are considered to be our friends, as champions of light, demons are considered to be our enemies, as contenders of darkness––according to most interpretations. Even so, some people who romanticize darkness, actually worship demons, with animal sacrifices, elaborate shrines, enfocused black magic, incantations of sacred demonic names, and what have you––but most people will never give a demon that type of respect; beyond fear and fascination, demons tend to evoke little else in true believers. This is because demons seem to indicate no respect for humans. Moreover, their behavior on Earth suggests that they have real contempt for us. It is rumored that God intends for souls to one day surpass the angelic order, so perhaps this is why demons hate us, but who knows. In any case, demons are known to sometimes possess humans, which is needless to say fairly traumatic for human subjects. Demons also find other ways to spook the shit out of us, including sleep paralysis, home invasions, and object attachments. Demonic apparitions in the physical plane can attack humans with physical registry; this induces great terror. Another thing demons do is cause humans to levitate, which has been known to cause human subjects to defecate in mid air suspension because the experience is worthy of a heart attack according to survivors.

Concerning the genesis of demonicism, the popular belief is that demons are angels who have rebelled against God. Allegedly this rebellion happened thousands of years ago in Heaven, sometime before the dawn of souls on Earth. Satan, a very famous demon known also as the Devil, is believed to have been the leader of this rebellion. Satan organized a collective of angels in the name of impossible anarchy, and this group of dream walkers put their necks on the line, and sacrificed everything in order to validate some sense of dignity. Satan was once one of God’s favorite creations in the angelic order; God vested Satan with many gifts; Satan was pretty spoiled is a fine argument; when Satan turned against God, God was very angry; God banished all demons from the higher planes of Heaven, and all demons descended to the Astral Plane, the bottom plane, the entrance plane, where all demons reside to this day. It is precisely what demons wanted.

So, what do demons look like? Demons, as angels, can take many forms in the physical plane. The most impressive forms which demons can take are ghost forms. I personally have seen demons in ghost form. I have seen mantid men. Winged goat men. Reptilian men. Alien greys. And that’s about it. But I’ve also seen demons in ghost form as animate faces contained inside floating disks. Needless to say, the possibilities are endless in ghost form. The Flatwoods monster, for example, was probably a demon in ghost form. The other form that demons will take are black masses. Black masses are black cloud apparitions. Black cloud apparitions are intelligent; they can find you, swarm you, envelop you and give you hell; should you get enveloped by one you will feel it; it will feel like rough velvet; as it passes through your body, it will feel sand is passing through a screen. I’ve personally had encounters with this type of apparition. One time I was sitting on my bed eating Chinese food, when 3 giant black masses manifested before me, for about 5 seconds. Either one of the black masses tipped an item off of my desk or it was just a coincidence. In any case it was tremendously frightening to see a potential, if not probable, indication of physical agency by a spirit in my presence. In the presence of these 3 black masses, I smelled something foul and I felt profound cold chills run up my body. Another possible form demons might take are shadow people. I constitute shadow people as ghost form apparitions because they model after something carnal; in any case, I’m not certain whether shadow people are demons; shadow people might be souls. I’ve seen hundreds of shadow people, but I cannot confirm them to be demons. However they might be.

2 thoughts on “What are demons and what do they look like?”